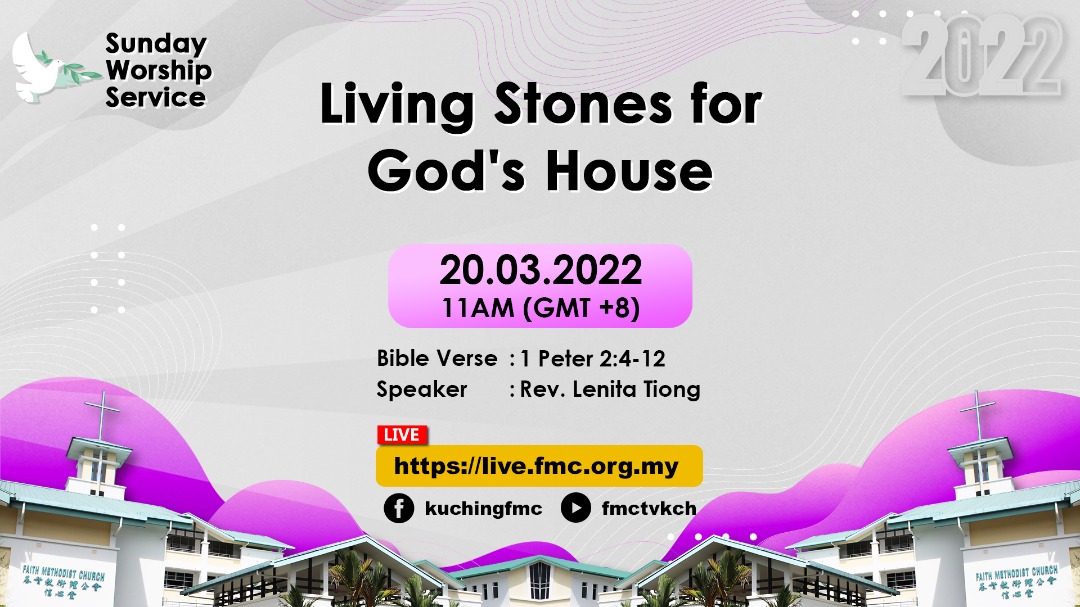 The Living Stone and a Chosen People
4 As you come to him, the living Stone—rejected by humans but chosen by God and precious to him— 5 you also, like living stones, are being built into a spiritual house[a] to be a holy priesthood, offering spiritual sacrifices acceptable to God through Jesus Christ. 6 For in Scripture it says: “See, I lay a stone in Zion, a chosen and precious cornerstone, and the one who trusts in him will never be put to shame.” 7 Now to you who believe, this stone is precious. But to those who do not believe, “The stone the builders rejected has become the cornerstone,” 8 and, “A stone that causes people to stumble and a rock that makes them fall.” They stumble because they disobey the message—which is also what they were destined for. 9 But you are a chosen people, a royal priesthood, a holy nation, God’s special possession, that you may declare the praises of him who called you out of darkness into his wonderful light. 10 Once you were not a people, but now you are the people of God; once you had not received mercy, but now you have received mercy.

Living Godly Lives in a Pagan Society
11 Dear friends, I urge you, as foreigners and exiles, to abstain from sinful desires, which wage war against your soul. 12 Live such good lives among the pagans that, though they accuse you of doing wrong, they may see your good deeds and glorify God on the day he visits us.